Please respond to the following: The discussion questions given please produce 200 words about each numbered question. please place answers under each bullet point. In Addition a response must be given back (100 words) to the other students Michael Brown and Barbara Tallent. offering a substantive comment on that classmateâ€™s position on the issue(s).

Benefits and Consequences of Technology

As Hite and Seitz (2016) discuss in Chapter 8: Technology, technological advancements and changes may affect how we can work to find solutions for the global threats discussed so far. Technological advances can and do affect development in positive and negative ways.

Hello class, most of the worldâ€™s hungry people live in Sub-Saharan Africa. Poverty and conflict are the biggest reasons for hunger in Africa, but there are water shortages, no or little government support, soil erosion and deforestation in some areas. Undernourishment, death, stunted growth are a few results from hunger. Currently, much of the food we consume is made from biotechnology. The crops that have been genetically modified can withstand climate changes, less nutrients to grow, no pesticides against bugs, and are either modified through modern techniques or artificially selected. Manufacturing uses biomaterials for soap, laundry detergent, plastics, fuels, and cosmetics. Most of your cotton clothes use some form of biotechnology. But, the most significant area that biotechnology is utilized is in the science/medical fields. Whether the biotechnology is helping cure diseases, slow down Alzheimerâ€™s, or altering genes that cause disease, this technology improved the life expectancy of people. Finally, while benefits seem endless, biotechnology has risks too that could pose health issues and others related to enhancing biotechnology for evil.

The risks to biotechnology include unintended consequences like scientists at the CDC being exposed to Anthrax, Ebola, and the flu. Another unintended consequence is that any of the deadly things mentioned previously gets released into the public. With the possible release to the public, that leads us to the most significant risk and that is weaponizing biotechnology. Creating a biohazard or dirty bomb with any of the major diseases to release over the enemy or people in general. Some of the diseases include: anthrax, botulism, hemorrhagic fever, black plague, smallpox, typhoid, and yellow fever. With new gene editing technique, the risk for bio weapons is increasing at an alarming rate. Furthermore, the release of research material has raised a risk because people may star building bioweapons in their home since some forms do not need a special lab.

I believe that developing countries should continue to expand their biotechnology fields, but there must be some layers of protection. For instance, the CDC works with the deadliest bugs on the planet, but cures and other research performed on them should be classified or protected so the research does not get into the public hands. Biotechnology for medicine and food should continue because that may help with hunger and find cures for different diseases and birth defects. Finally, with biotechnology, people who need transplants for organs may receive a bioengineered one which may eliminate the waiting list if scientists can create a suitable match to human organs.

Where do most of the worldâ€™s hungry live? In countries facing political instability, the resulting decline in the economy produces higher food prices and lacks nutrition an example is in these areas Democratic Republic of Congo, South Sudan, Yemen, and Venezuela. The largest number live in areas such as Yemen 17million, South Sudan 6.1 million North Eastern Nigeria 8.9 million. The missing variable of the chart no more than 60% of the population analyzed; therefore, this information is a probability higher(worldhunger.org).

The two principal areas causing hunger are broad climate change and everyday corporate and personal impacts. The political economics the hyphen is meant to correlate both issues in one. The political leads to government then government is relevant to trade and tariffs.

What are some potential consequences and benefits to using biotechnologies in developing countries? Based on the research currently available, should developing countries pursue the use of biotechnologies? The past agricultural practices implemented to increase crop yield have unintended consequences in the form of land and soil degradation and using up or polluting the available groundwater.

This affects future ability for food production, as these resources have been permanently depleted. The conservation agriculture, where various strategies used to prevent the rapid depletion of scarce natural resources. The definition of conservation agriculture is Minimum soil disturbance, Maintenance of permanent soil covers, Cropping system diversity, crop rotations( worldhunger.org).

Do you need a similar assignment done for you from scratch? We have qualified writers to help you. We assure you an A+ quality paper that is free from plagiarism. Order now for an Amazing Discount!
Use Discount Code "Newclient" for a 15% Discount!

NB: We do not resell papers. Upon ordering, we do an original paper exclusively for you.

1. Fill in the order form

Issue instructions for your paper in the order form. Include a discount code if you have one. Your account will be created automatically.

Your payment is processed by a secure system. We accept MasterCard, Visa, Amex and Discover. No information is shared with 3rd parties.

Clarify all the questions with customer support representatives and upload all the necessary files for the writer to use.

Check your paper. If it meets your requirements, approve and download it. If changes are needed, request a revision.

WHY WE ARE THE BEST 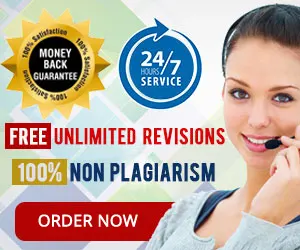